11 beaches you can get to via public transportation 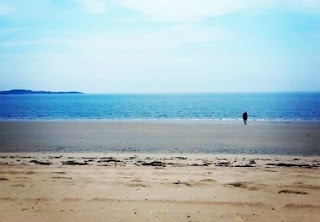 boston.com : "You don’t need a car to get to the beach. Here are New England beaches that are accessible by public transportation."
at 6:25 PM No comments:

wbjournal.com : " "The scenario creates a financial incentive for commuters to drive to work, rather than use public transportation or vanpool."
The difference between the two caps also causes headaches for human resources departments, which have to reconcile the two limits, supporters said."
at 11:44 PM No comments:

Billions are spent for autos and sprawl, but "price tag too high" for buses

BDN Maine: "Bangor likely won’t see longer bus hours or new routes for the Community Connector anytime soon. At the Bangor City Council’s budget workshop on April 27, city residents called on the councilors to extend bus service by at least two hours. While the councilors were in agreement that the bus service eventually should be extended, they concluded the price tag was too high."
at 6:47 AM No comments:

burlingtonfreepress : "He shifted between data sets (fewer car commutes generally correlate with lower obesity rates and more prudent investments in real estate) and sacred cows (do electric cars do anything to solve vehicular-propelled issues of safety, congestion, road and parking costs, sprawl, habitat destruction and the sedentary habits of drivers?).

Litman grew up in Whittier, Calif., steered by the car-cultures of greater Los Angeles.

"You learn from places that have conspicuous problems," he said.

As an adult, Litman moved to Vancouver Island, where he founded and now directs the nonprofit Victoria Transport Policy Institute.

It's a spot he said embodies an underrated virtue: walkability.

Burlington and other Chittenden County urban centers, he noted, openly aspire to that claim."
at 5:06 PM No comments: